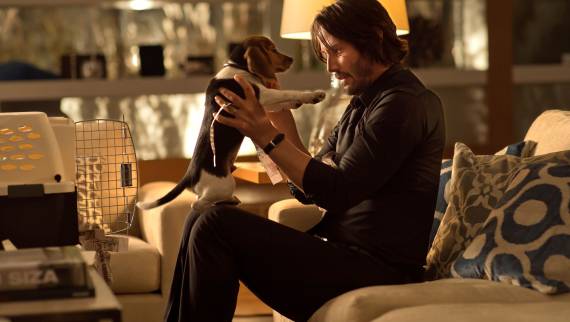 I did the unthinkable recently when I sat down to watch all three John Wick movies, back-to-back. Six hours of Keanu Reeves, guns, and dogs. Of course I was drunk for this. If you’ve been on the fence about watching this franchise, I’m here to tell you… it’s not that bad.

I resisted these movies for a long time because I didn’t think I could watch a constant stream of bullets flying, bodies falling down like dominoes, and the visual illustration that human lives are expendable. The thing that finally sold me was Keanu. He’s the epitome of Hollywood action star, with his brooding looks and expensive suits. The plots get wilder with each installment, but at their essence they’re all about revenge. Whether it’s John Wick getting revenge on the people who killed his dog and stole his beloved car, or other people getting revenge for the ones Wick has killed, nobody can let anything go. It’s all very black-and-white, which makes the bold cinematography even more impressive. These gunfights could have taken place in an empty parking lot and people still would have watched. But by setting them in a hall of mirrors, or a glass box full of other glass boxes, I want to watch.

As I’ve said, there is a very unfortunate doggie death setting the whole chain of events in motion. It’s brutal. But Keanu does a truly heroic thing at the end of the first film by adopting a shelter dog. Sure, he kind of abandons it in the next two films, but I suppose waiting in a taxi or hotel is preferable to waiting around in a cage at the pound. While watching John Wick, I recommend drinking this Rescue Dog cocktail.

Combine Vodka, Aperol, and lime juice, and bitters in a shaker with ice.  Shake until chilled, then strain into a highball glass filled with ice. Top with sparkling wine and stir gently. 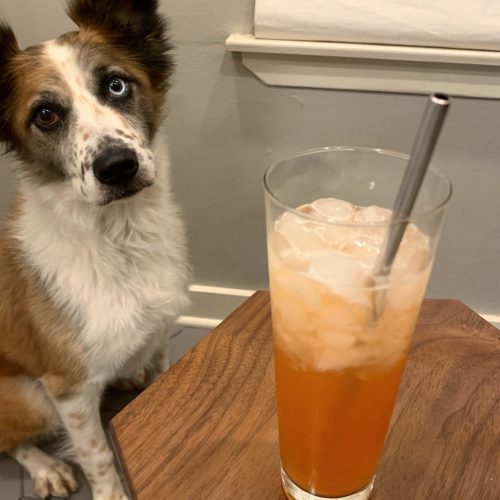 As far as I can tell, John is not a big drinker. But he does spend an awful lot of time in dark nightclubs, so the cocktail culture is definitely there. I encourage you to watch these with a drink (or several), and remember- adopt don’t shop. Cheers!