The question I’m asked most frequently when I tell people about this blog is, “Do you come up with the movie first, or the drink?” Nine times out of ten, it’s the movie. But in rare cases, such as this week, I stumble upon a cocktail I want to make and find a movie to fit. The cocktail in question is a Whiskey Daisy, and unfortunately, I’ve already covered The Great Gatsby, Harold & Maude, and You’ve Got Mail. That leaves me with either Please Don’t Eat the Daisies, Inside Daisy Clover, or the Jessica Tandy/Morgan Freeman classic Driving Miss Daisy (Disc/Download). As much as I love Doris and Natalie, I decided to go with the pick that gets talked about most frequently, for better or worse.

I’ll be honest, despite dozens of Miss Daisy jokes made while my husband drives me around in the classic car I recently inherited, I’d never actually seen this movie. A heartwarming friendship between a black chauffeur and the surly, clueless white woman he drives around? Pass- I’ve already watched Green Book, and didn’t feel like I needed its role-reversed ancestor. However, despite some problematic content that simply comes with the territory of a story set in a less-enlightened time period, I found myself solidly charmed upon my initial watch. Jessica Tandy is a delight, especially when paired with Morgan Freeman and perennial friend-to-vodka-lovers Dan Aykroyd. What could have been a one note allegory about racism in America actually ended up being a really touching illustration of the aging process and loss of independence. As the wrinkles get more pronounced, the glasses thicker, and the memories more jumbled, all the social constructs seem to strip away, leaving these two people with the realization that they were always more than the labels society thrust upon them. They were friends.

Now, back to that cocktail. I like the sound of this drink because it seems easy to make and uses ingredients I already have. Driving Miss Daisy isn’t really a booze-heavy movie, but that doesn’t mean you can’t make it one. Just remember- no drinking and driving!

Add bourbon, lemon juice, simple syrup, and Cointreau to a shaker with ice. Shake until chilled, then strain into a coupe glass. Top with a splash of club soda.

I’m not about to dive into the controversy of “did this movie deserve all the Oscars it received” because that’s an argument with no winners. But I will say, this is a film that knows how to take an audience along for the ride, whether or not it was a trip you felt like making. I’m glad I finally watched Driving Miss Daisy, and I’m even more glad to add this cocktail to my repertoire. Cheers!

This week, I really had a hankering for a classic Bee’s Knees cocktail. And really, what better movie to watch with this honey-laden beverage than My Girl (DVD/Download).  After all, it’s the film where Macaulay Culkin kicks the bucket after a severe bee attack. As Dan Aykroyd tearfully informs us, “There were just too many…..” I could say the same about cocktails after a wild Saturday night.

I’m not sure if I should admit this, but my love of 60’s pop music originated from the My Girl soundtrack (on cassette, which I would play in my purple Casio while sitting on the cement stoop of our apartment. All. Summer. Long.) As a pre-teen bookworm living in Pennsylvania when this film came out in 1991, I strongly identified with Vada Sultenfuss. If you’ve ever been teased by mean girls, and/or had a weird relationship with the nerdiest kid in the class, and/or were oddly close to your English teacher (the only person who really gets you), then you understand the character of Vada. She’s dealing with the death of her mom, her dad’s remarriage to a free-spirited makeup artist (hey Jamie Lee Curtis, where ya been?), and the fact that she lives in a funeral parlor. It’s a lot for anyone. Luckily, she has a mood ring, Macaulay, and a showtune-singing grandma to ease the pain.

Perhaps it’s in bad taste to reference poor Thomas J’s bee allergy, but how can something bad taste this good? While watching My Girl, I recommend drinking a Bee’s Knees.

Combine all ingredients in a cocktail shaker with ice. Shake until chilled, then strain into a coupe glass. Garnish with a lemon twist. 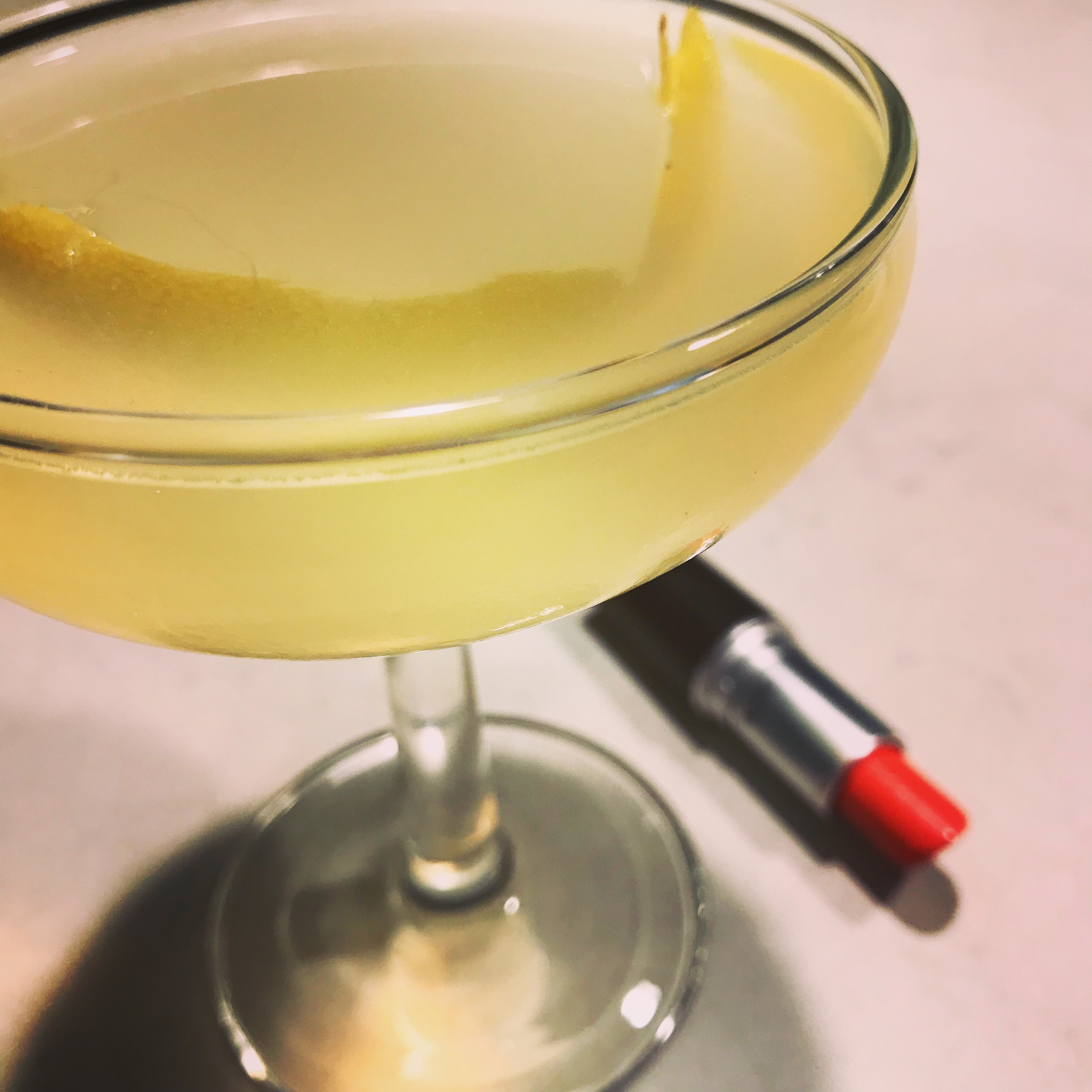 What’s the one soundtrack I loved more than My Girl? The My Girl 2 soundtrack. Elton John, Jackson Browne- it was the musical education I needed. I’m a little amazed that we haven’t had a My Girl 3 yet, since all the actors are still around, but maybe Dan Aykroyd is too busy making vodka to bother with playing an aging funeral director. I mean, I know which career I’d rather have. Cheers!