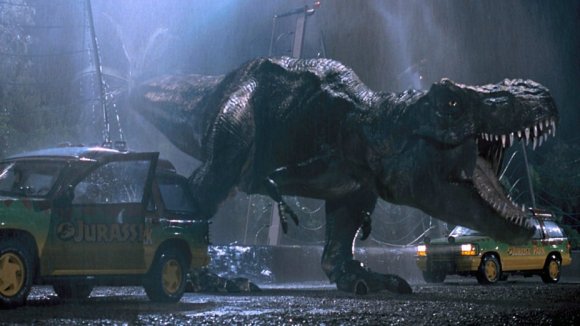 Admit it- the second you saw Jurassic Park (Disc/Download) had hit Netflix this summer, you cheered a little bit inside. I’m typically not one for big blockbusters, but I’ll always have a special place in my heart for that old T-Rex with the tiny hands. I remember seeing this in the theater when it came out in 1993, and during the parts where my eyes were actually open, I knew I was witnessing something incredible. Twenty-seven years later, it still gives me chills.

There have been a lot of sequels, but in my opinion, Steven Spielberg’s original is the undisputed best. Special effects have come a long way since this was made, becoming slicker and smoother as the years passed, but damn if these dinos don’t look insanely real, even by today’s high standards. Watching this as an adult, I can appreciate the true awe these characters must have felt, in a way I couldn’t before. Imagine, you’re an archeologist who’s spent your whole life trying to piece together dinosaur bones, then some crazy nut in a Panama hat tells you he’s extracted dino DNA from fossilized mosquitoes, hatched some new creatures in the lab, and you can actually go see them in a Central American amusement park. This would be like someone telling me there’s a classic Hollywood theme park and for the price of admission I get to ride around in a vintage Corvair and shake hands with the cloned, VERY REAL versions of Doris Day and Cary Grant. What wouldn’t I give for a chance like that? Of course, Doris doesn’t have the claws of a raptor or the natural instinct to tear the flesh from my bones, but nevertheless, we don’t really know what she’s like without her morning coffee. Things could get ugly.

With any jungle-set film, I enjoy a good tiki beverage. Of course I had to incorporate those dino eggs somehow, plus the whole gory death motif. While you take a trip to Isla Nublar, I recommend drinking this Isla de Sangre cocktail!

Combine rum, beet juice, bitters, lime juice, orgeat syrup, and egg white in a shaker. Shake vigorously for 10-15 seconds, then add ice. Shake again for another 15 seconds, and strain into a glass filled with fresh ice. Garnish with a dried blood orange slice. 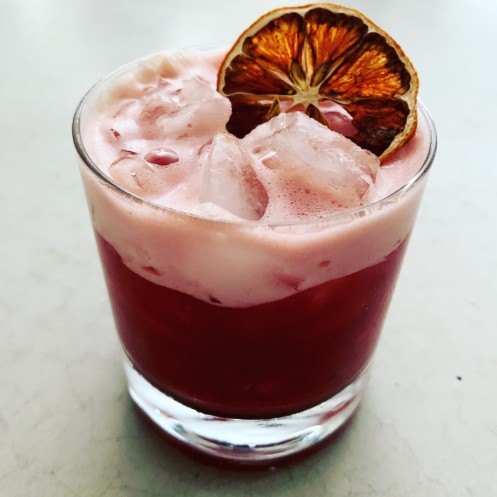 I want to give a special shout-out to sexy mathematician Jeff Goldblum, in his finest performance to date. It takes a special kind of person to show up to the jungle in a black leather jacket, but he’s got the confidence to pull it off. Me? I like the looks of that Panama hat. Cheers! 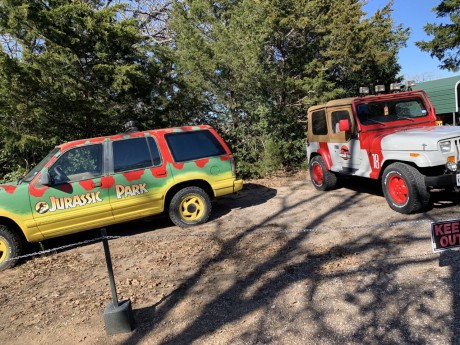 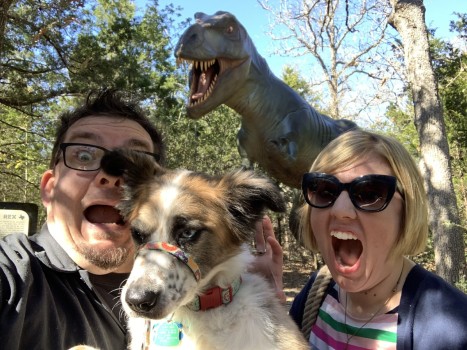 Lucky to be alive.