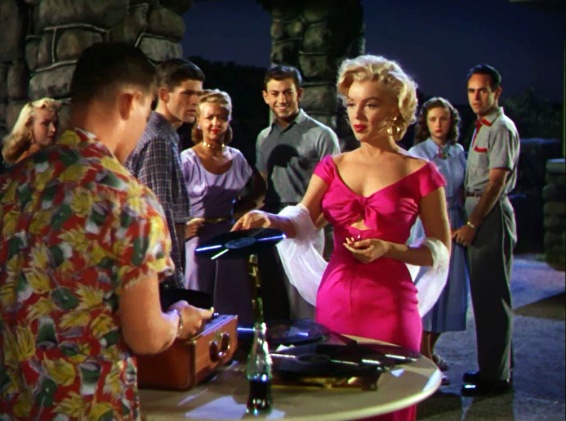 I’m channeling my inner Marilyn this week with a trip to Niagara Falls, aka “Canada Vegas”.  If you want to get a sense of what this kitschy natural wonder is all about, look no further than the classic film noir Niagara (Disc/Download).  It’s a bold move to set a murder mystery in the capital of retro honeymoons, but the gamble pays off.  I’m not thinking about what germs are lurking in those heart-shaped bathtubs—I want to see if anyone’s getting pushed over the edge!

Starring Marilyn Monroe as a sultry adulteress plotting to murder her husband (Joseph Cotten), Niagara has a strong Hitchcockian vibe.  Although shot in color, the film is still considered a noir due to its heavy use of shadow and double-crossing villains.  The acting is fairly campy, but you can’t take your eyes off Marilyn in her hot pink dress and hips that don’t quit.  I won’t spoil the plot, but suffice it to say, there’s murder, there’s suspense, and there’s A LOT of water.  Thanks to this movie, I’m inspired to wear my pink dress and sturdy shoes to the falls, and I plan on being extra-nice to my husband.  Maybe we’ll both make it through alive.

Conveniently, there’s a classic cocktail named after this tourist mecca that’s right in my wheelhouse. Sparkling and vodka-based, this will make you feel like you’re partying with Marilyn.  While watching Niagara, I recommend drinking a Niagara Falls cocktail.

Combine Vodka, Cointreau, lemon juice, and simple syrup in a shaker filled with ice.  Shake until chilled, then strain into a champagne flute.  Top with ginger ale. 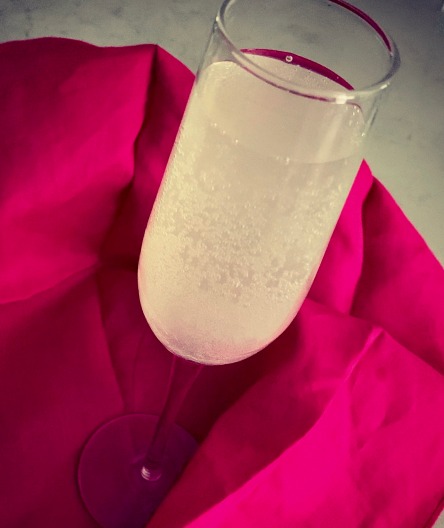 I love films where the setting plays an integral role in the story, and indeed, this film could not have taken place anywhere else.  You need the pounding water, the unrelenting spray, the slippery tourist paths to bring a sense of danger.  Niagara had me on the edge of my seat from start to finish, like a boat hurtling toward the edge of the Falls.  Here’s hoping my own trip is a little less stressful.  Cheers!

With awards season ramping up, I can’t help but feel a little “can’t care” about the whole dog-and-pony show. Viewership of the Oscar telecast has steadily declined over the years, likely due to its Groundhog Day-level of sameness. If only award shows could be as exciting as they are in the movies. If only they could be like The Bodyguard (DVD/Download).

If you’re a fan of film noir, you might be disappointed with this loose contribution to the genre.  If you’re a fan of romance (like I am), prepare to be thoroughly entertained. Although Whitney Houston’s mega-pop star has limited chemistry with her strong, silent bodyguard played by Kevin Costner, that doesn’t stop me from cheering when he picks her up in his arms, rescuing her from wild, handsy fans. Or when he jumps in front of her, literally taking a bullet at the Academy Awards as Debbie Reynolds probably swoons from all the excitement backstage. Or during that ending, which is without a doubt one of the best Hollywood endings a viewer could ask for.   Take all the frustration you’ve ever felt when Audrey Hepburn lets Gregory Peck walk away in Roman Holiday, wrap it up, and toss it out in favor of the plane-side kiss between Houston and Costner. THAT’S how you do romance.

Because Costner’s Frank Farmer is almost always on duty, he never gets to let his guard down and have a drink. The man imbibes so much plain orange juice, he’s single-handedly keeping the Florida citrus industry in business. This makes me want to drink a cocktail, if only because he can’t. While watching The Bodyguard, I recommend drinking a Screwdriver. Strong and uncomplicated- kind of like Frank.

I’ve never been one for remakes, but I’m just going to throw this out there: Beyonce + Solange + Kevin Costner (yes, the age-defying Costner should ALWAYS play The Bodyguard).  Let’s make this happen.   After all, isn’t it time for a new Queen of the Night? No offense, Whitney- I will always love you. Cheers!