Welcome to the Dollhouse 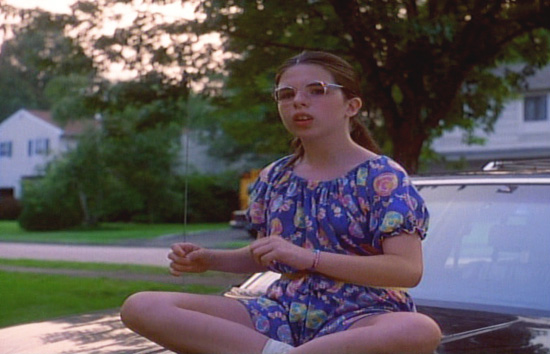 Image credit: Welcome to the Dollhouse, 1995

Middle school is rough. Nobody looks good, kids are cruel, and college seems hopelessly far away. As the current wife of a middle school teacher, I have observed that not much has changed in the last 20 years, including my perspective. I always say, if you liked middle school, you were doing it wrong. What got me through? The brilliantly dark and hilarious film Welcome to the Dollhouse (DVD/Download). Just knowing that somebody out there created a character like Dawn Weiner made me feel a little less alone, and to be honest, a little better about myself. No matter how bad you had it in middle school, nobody had it as bad as Weiner Dog.

Persecuted by her peers and her parents, Dawn is just trying to get through the day without being ridiculed, tormented, or embarrassed. It doesn’t help that she wears her elastic waist shorts practically up to her chest, and has some unfortunate Coke-bottle glasses. (Hey, I wore turtlenecks and sweatshirts. Together. No judgement here). What truly sets Dawn up for failure is her inability to realize the hopelessness of her crush on suburban New Jersey heartthrob Steve Rogers. He’s older, he’s in a band, and he’s cute. This will never end well.

As part of her seduction plan, Dawn offers Steve fish sticks and Hawaiian Punch after school in her parent’s kitchen. Nothing says ‘I love you’ like processed frozen foods and sugary drinks. While watching Welcome to the Dollhouse, I recommend drinking an After School Special.

Build drink over ice, stirring gently. Garnish with a swizzle stick and a Jell-O Jiggler shot.

I know that writer/director Todd Solondz just released Weiner Dog, a sequel-of-sorts to Welcome to the Dollhouse. However, I made the difficult decision not to see it during its theatrical release due to its rumored graphic violence against dogs (I learned my lesson after watching The Lobster!). I know, a true Solondz fan would have just sucked it up. But I’ve come a long way since middle school. The world doesn’t seem quite so bleak and heartless anymore. Maybe Dawn feels the same way. Then again, probably not. Cheers!