Before going down the Cobra Kai rabbit hole (if you don’t know what this is, GET A NETFLIX SUBSCRIPTION NOW!!!), I decided to revisit the film that inspired the world’s new favorite soap-opera-for-the-middle-aged. Plus, with Halloween right around the corner, it seemed like a good time to examine the genesis of my childhood nightmares—those motorcycle-riding blonde villains in their skeleton costumes and terrifying makeup. The Karate Kid (Disc/Download) is a nostalgia trip to the 1980s, but you know what? I’m pretty excited to go back.

First things first—Ralph Macchio was and still is a BABE. Pre-teen Liz was all about sweet Daniel and his luscious olive skin, and don’t even get me started on that dopey shower curtain costume. So creative! My husband loves to champion his theory that Daniel LaRusso is the real bully of The Karate Kid, but I wholeheartedly disagree. Daniel does not dress up like a creepy skeleton and beat a kid within an inch of his life. He does not sweep the leg. All he does is fall for the wrong single girl (sorry Johnny, you had your chance), and douse his tormentor with water. However, the fact that my husband and I have such differing opinions on this proves that the film has very layered, nuanced characters. This is not just a group of one-note villains and heroes. They all have complex backstories, none more so than that of Daniel’s sensei, Mr. Miyagi. As a child watching this movie, Miyagi’s tragic past didn’t even register to me. But as an adult, my heart breaks for the war hero whose wife and child perished in a Japanese Internment Camp. The fact that this role was played by comic Pat Morita with such dignity and honesty (for he, too, had spent time in the camps), makes it all the more powerful. This is not just a movie about martial arts; this is a movie about finding the hero within oneself, even when the world may have turned its back on you.

My drink this week is an ode to Mr. Miyagi’s low-key, retro style. I can just imagine him sipping a tiki beverage in his Japanese garden, watching Daniel wax-on/wax-off. While watching The Karate Kid, I recommend enjoying this Hai Karate cocktail.

Combine all ingredients in a shaker with ice. Shake until chilled, then pour (unstrained) into a glass. Garnish with citrus slices and Luxardo Cherry.

One of the things I love so much about the television show Cobra Kai is that it goes out of its way to pay tribute to the fan-favorite aspects of The Karate Kid. Cutting in scenes from the movie, they weave a story that feels contemporary and classic all at once. We feel the joy of an ‘80s muscle car blasting power ballads, the thrill of finding familiar faces on our screens once again, and above all, we feel the loss of Mr. Miyagi. Daniel tries to spread his teachings of balance and peace, and somehow it feels like the big battle of our modern times. Can the Miyagi-do principles of tolerance and inclusivity triumph once again, or will the bullies win this round? I guess we’ll find out in about forty-four more days. Cheers! 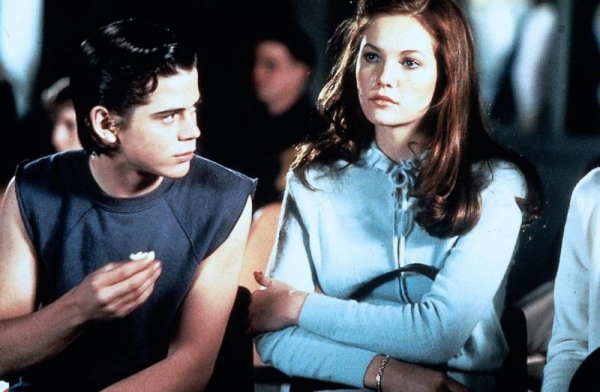 I was shocked to learn recently that The Outsiders is STILL being taught in middle school classrooms. With the intense boom of YA literature over the last decade, I would have thought that S.E. Hinton’s classic tale of greasers and soc’s had since been edged out by John Green or Stephen Chbosky- but no. Apparently Ponyboy lives on. Part of what made reading The Outsiders so great back in middle school was the inevitable arrival of the clunky TV cart hauled in on a rainy day, long after we’d finished our discussion of what the heck Robert Frost meant with that poem. The lights would dim, as 25 seventh graders focused their attention on Francis Ford Coppola’s iconic film adaptation of the novel. Even now, the opening notes of the theme song conjure up sensory memories of dry air, mildewed backpacks, and the smell of sharpened pencils. Ah youth.

The Outsiders (DVD/Download) is actually a fairly accurate adaptation of the book.  We still get the same retro S.E. Hinton dialogue, the same wacky character names, and the same great lines like “Do it for Johnny!” and “Stay Gold, Ponyboy”. The casting is pretty perfect, featuring a who’s who of 80’s stars like C Thomas Howell, Matt Dillon, Tom Cruise (pre-dental work), Rob Lowe, Diane Lane, Leif Garrett, Emilio Estevez, Ralph Macchio, and the late great Patrick Swayze (rocking his signature too tight black t-shirt). Let me say, as a 14 year old girl watching this for the first time, I finally understood where all the cute boys were. Certainly, not at my school.

How fortunate we all are that Hinton gave her characters such unusual names. Cherry, Sodapop- I can do a lot with those beverage-wise. If you’re watching this with an actual middle schooler, you can just serve up an ice cold Cherry Coke. But if you’re of legal drinking age, desperate to enhance your teenage memories, I recommend drinking a Spiked Cherry Soda.

Build drink over ice in a tumbler. Top with maraschino cherries.  Bonus points for a gold rimmed glass! 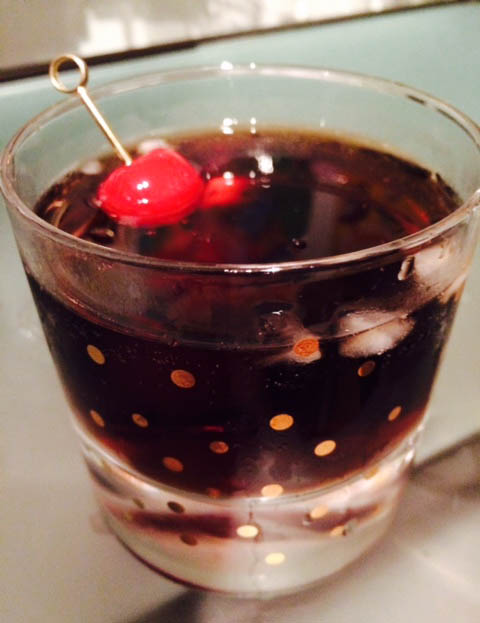 After enough cocktails, you may find yourself giggling hysterically at Matt Damon’s big crescendo, “DO IT FOR JOHNNY!” Or maybe weeping when Ponyboy leaves his copy of Gone With the Wind for a bandaged and burnt Ralph Macchio. Robert Frost says nothing gold can stay, but the fact that we’re still reading this book and enjoying the movie so many years later is proof otherwise. Cheers!