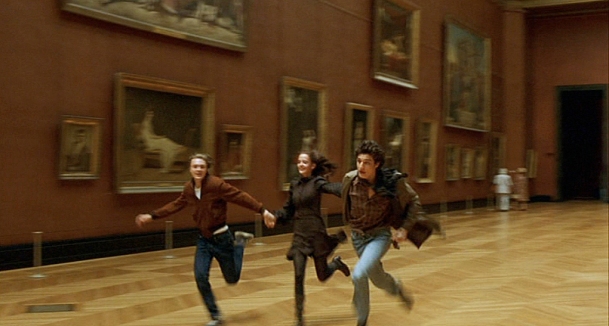 Prone to expressing themselves through movie quotes, cinephiles are easy to spot. Even when they get into a contest over who has seen which obscure film, you know it’s only due to pure enthusiasm for the medium. Thus when I saw The Dreamers (DVD/Download), these characters instantly felt like kindred spirits. Sure, director Bernardo Bertolucci takes things a little too far with his sexually explicit style, but at the core of the film there is a deep love for all things cinema.

Starring Michael Pitt, Eva Green, and Louis Garrel, The Dreamers is set in Paris during the 1968 student riots. It was this era of turmoil, artistic expression, and youthful energy that fueled a cultish devotion to the Cinémathèque Française, the organization upon which all modern film criticism and preservation is based. Seen through the eyes of an American student, Paris seems exciting, revolutionary, and slightly dangerous. By connecting with two French twin cinephiles, his love of film is fostered even further. There are lengthy debates about Chaplin vs. Keaton, a recreation of the Louvre scene in Godard’s Bande à part, and a rather disturbing interaction with Marlene Dietrich’s Blonde Venus. By the time they start chanting “One of us!” (Freaks), I feel drawn in and consumed every bit as much as the naïve protagonist onscreen. These are my people, too.

For a dangerous, intruiguing, sexy film, only a similar sort of cocktail will do. The Sidecar is one of my favorite classic cocktails, the kind of thing that I could picture Dietrich drinking after a night at the Blue Angel. French liqueur Chambord pairs perfectly with the cognac in this drink, bringing it a lovely raspberry subtlety. While watching The Dreamers, I recommend drinking a Chambord Sidecar.

Combine all ingredients in a shaker filled with ice, and shake until chilled. Strain into a coupe glass, and garnish with a lemon twist. 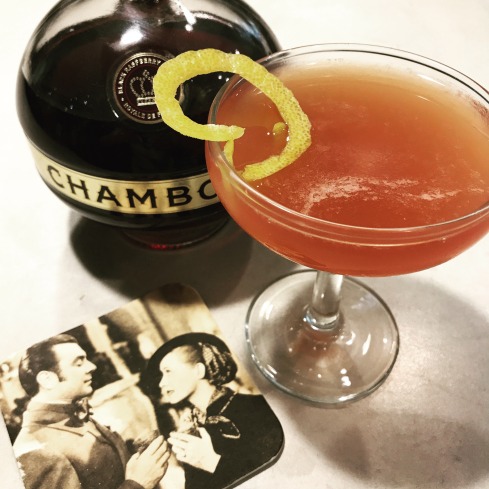 It’s hard not be creeped out by the sexual tension between the two siblings in The Dreamers, and the film’s disappointing second half veers wildly off the rails.  But despite these flaws, the wild, anarchist feeling of Paris in the 60’s remains a constant drumbeat, reminding us that once upon a time, cinema had the power to start a revolution.  Maybe it still does. Cheers!