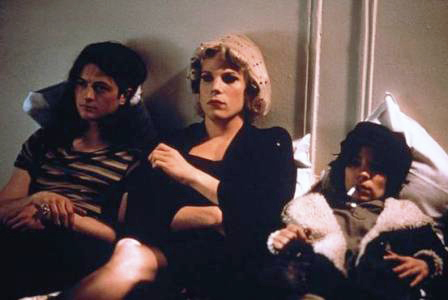 As research for another project I’m working on, I’m going down the rabbit hole of Andy Warhol’s Factory to discover the good, the bad, and the just plain sad. I’ve already listed off my Top 5 Andy Warhols on Cinema Sips, but this week I’m ready for a deeper look at my favorite Warhol, Jared Harris in I Shot Andy Warhol (DVD). Of any portrayal, this one gets closest to the voyeuristic creep I believe the artist to be. Was he on the spectrum? Probably. Did he ruin a lot of lives? Yep. Did he change the way we think about art and popular culture? Absolutely. Was the famous shooting by violent feminist Valerie Solanas karmic payback? You be the judge.

Directed by Mary Harron, I Shot Andy Warhol is a gritty look at the 1960’s Factory scene and all its periphery misfits. Valerie is a damaged, deranged writer who has some radical feminist ideas, but is so unlikable that nobody is willing to pay attention. She flirts with various paths to fame (a book deal with Lolita publisher Maurice Girodias, a movie deal with Warhol), but sabotages it all with her acute paranoia. And yet- she’s not entirely unsympathetic. When Valerie sits next to Andy on his famous velvet couch and strikes up a conversation, it feels like these are two weird peas in a pod. One is violent, the other voyeuristic, and both struggle to find a place in the outside world. But then the tides turn, and as we see the cold, detached Warhol shun her like he did so many vulnerable people, you can’t help but feel like his reckoning was bound to happen sooner or later.

Despite my love for Jared Harris as Warhol, the real star of this film is Stephen Dorff as Candy Darling. This portrayal is done so well that Candy, the trans-pioneer/Chelsea Girl/Superstar, comes off as the only normal person on the island of misfit toys. Let’s celebrate Ms. Darling with a cocktail worthy of her- the SuperStar-burst Martini.

Place Starburst® candies in a mason jar with lid, and pour vodka over the candies. Replace the lid, and shake vigorously. Let sit overnight to infuse the vodka. Once the vodka is ready, pour into a cocktail shaker filled with ice, add lime juice and Cointreau. Shake until chilled, then strain into a glass. Garnish with a Starburst®. 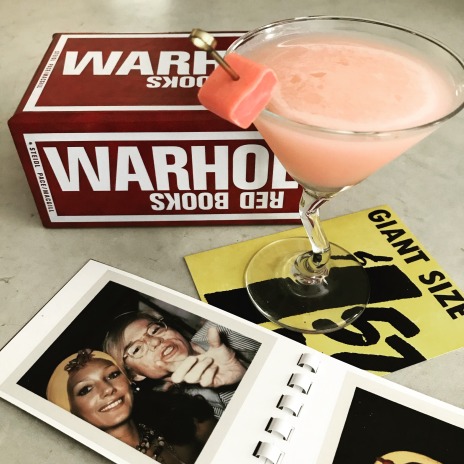 Watching this film, I can’t help but be envious of the people who lived to see The Factory in all its glory. It was a place where creativity flourished; a place where the avant-garde could find a home. But it’s easy to see why this eden never could have lasted. Eventually every bright star burns out. Cheers!