RSS Feed
← The Kid Stays in the Picture
Tim’s Vermeer → 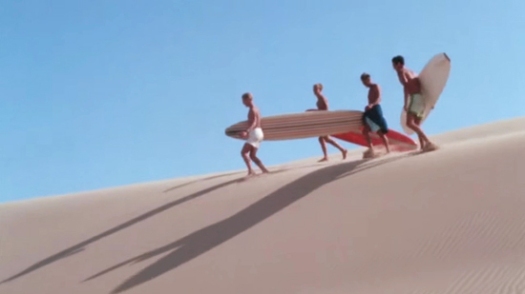 No, this week’s film is not about the Groundhog Day-esque hellscape that is Texas in August/September (although, LORD does this summer feel endless). Rather, it’s a documentary about two surfers in the 1960’s who chased the waves from California to Africa, Australia, and the South Pacific. The Endless Summer (Download) is both an explanation of surf culture, and a meditation on why it endures.

Featuring surf rock by The Sandals, a cheeky narration style, and painterly shots of beautiful beaches, The Endless Summer is instantly transporting. Watching this film, I feel like I’m experiencing the mid-60’s like never before. The hair, the cars, the music, the suits on airplanes—I love it all. For 90 minutes I’m mesmerized watching these men balance on boards that cut through the water like butter; waves rolling over them, pounding, punishing, and still they get up and do it again, all in search of that one perfect ride. When they find it, and the wave goes on forever, it’s a powerful moment. Surfing will never be the same for me.

Another thing I love about this film is that it speaks to the adventurer in all of us.  Who wouldn’t want to imagine themselves on a deserted South African beach, or sitting on Oahu watching death-defying surfers face off against the great waves of Waimea?  Obviously, when I picture myself in these scenarios, I’m enjoying a fabulous cocktail.  While watching The Endless Summer, I recommend drinking a Waimea Sunset.

Combine Tequila, Aperol, Lime and Grapefruit juices, and Grenedine in a shaker filled with ice. Shake vigorously until chilled. Add club soda, and gently shake back and forth once to combine. Strain into a glass filled with ice, and garnish with a twist of grapefruit. 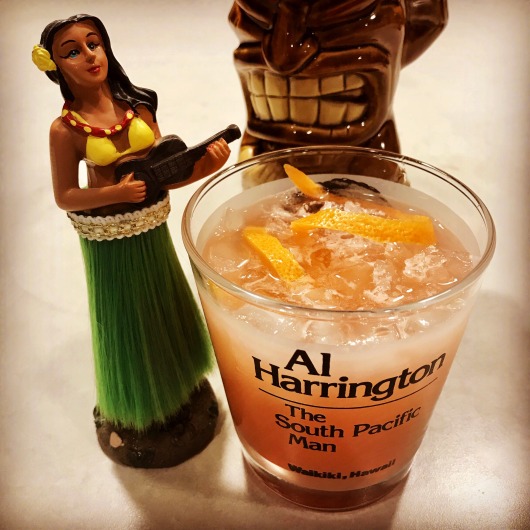 I’ll be honest, when I think of surfers, I tend to stereotype them all as Spicoli– a long-haired burnout who talks slowly and can’t get a real job. But after watching The Endless Summer, I see how much focus and dedication it takes to participate in this sport, almost to the point of obsession. I don’t know what these guys ended up doing in their lives later on, but I like to think that they’re still out there, searching for that one perfect wave. Cheers!