RSS Feed
← Leap of Faith
The Days of Wine and Roses → 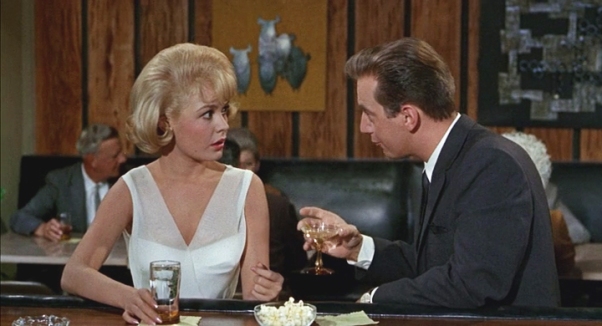 If I had to describe my favorite film genre, I’d have to say, “anything with 1960’s cocktail dresses”.   Even before Mad Men came on the scene, I was already obsessed.  Blame Doris Day, blame Sandra Dee– so many wonderful actresses took me down that A-line chiffon rabbit hole.  This week, I’ll be watching one of my favorites in the “pretty dress” canon, That Funny Feeling (Disc/Download).

Starring Sandra Dee and her then-husband, crooner Bobby Darin, That Funny Feeling follows the familiar Pillow Talk formula that worked so well for Doris and Rock. Sandra’s character Joan is a maid/struggling actress, who meets cute with Bobby Darin’s lothario character Tom, never realizing that he owns the apartment she cleans every morning. His trip gets cancelled, right after Joan allows him to escort her home to “her place”, which is actually his place! He has to move in with a friend (Donald O’Connor, in a truly bizarre role), to maintain the charade, during which time she covers his leather sofa with chintz slipcovers and hawks his suits– I’m still not sure why. Maybe so we can enjoy the sight gag of Bobby Darin climbing down a New York City fire escape in nothing but a plaid parka?   Strange plot devices aside, this movie is full of beautiful cocktail dresses, gin, midcentury interior décor, vintage stereo equipment, and sassy best friends. That’s enough to sell me on even the worst movie.

Sandra Dee is a classy lady in this film, allowing Bobby Darin to buy her gin and quinine that she takes one lousy sip of. Until later, when she has (oh dear!) a FULL GLASS and gets hammered. You can certainly watch this movie with a gin and tonic (I like the quinine ratio in Jack Rudy Tonic Syrup), but I also want to highlight the scene where her roommate dumps a bunch of brandy and Cointreau on a roast duck and lights it up with her cigarette. God, I love the 60’s. While watching That Funny Feeling, I recommend drinking a Big Apple Sidecar.

Pour all ingredients into a cocktail shaker filled with ice. Shake until chilled, then strain into a coupe glass. 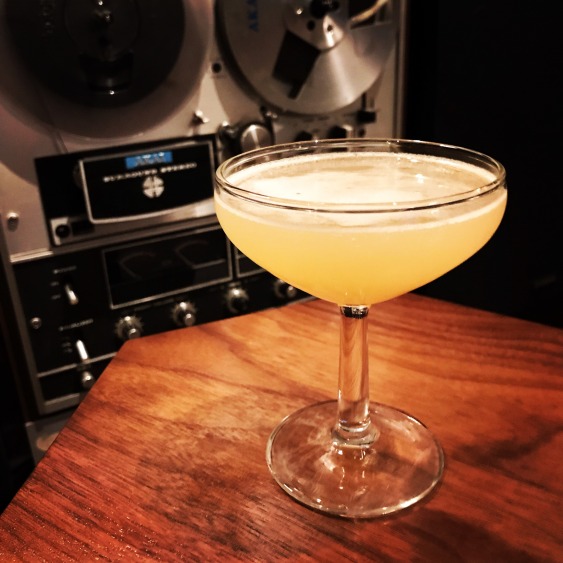 I will admit, there’s a cringe-inducing part of this film where Sandra Dee pretends to have a Japanese accent. It’s bad. It’s very, very bad. However, the script does lament the pervasive white-washing of Hollywood, much to my surprise. That’s the thing about these Sandra Dee movies- they may look all fluffy and retro on the surface, but dig deep and you’ll find some thoroughly modern problems.  After all, sometimes even the best cocktails need a little sweet to balance the bitter. Cheers!