RSS Feed
← How Stella Got Her Groove Back
Marie Antoinette →

Gone With the Wind 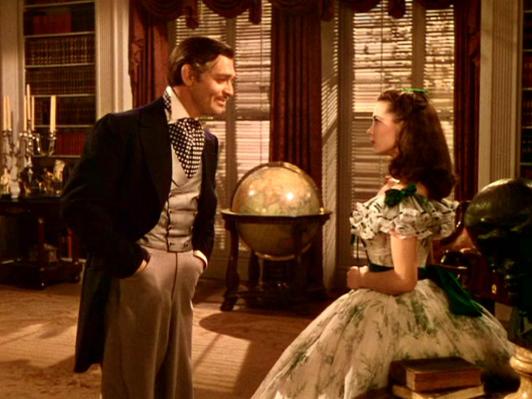 This month I’m kicking off a special series of posts I like to call “Cocktails and Corsets”. All of these movies feature strong female leads in some truly bone-crushing costuming. These actresses really had to be tough to deal with this torturous undergarment. Perhaps no other movie character in the history of cinema has displayed as much grit and determination as Scarlett O’Hara in this week’s film, Gone with the Wind (DVD/Download). She delivered Melanie’s baby, fought carpetbaggers, and flirted with Southern scallywags, all while wearing a corset. That takes guts, and possibly a few bruised ribs.

Though Scarlett is pretty tough, she would have been nothing without her maid. Hattie McDaniel is truly the unsung hero of GWTW, lacing up that shapewear with superhuman strength, while reassuring her petulant charge that a bigger waist after childbirth is to be expected. It’s because of Mammy that Scarlett’s outfits were so outstanding. Even wearing some old drapes, she looked like a million bucks (way better than those pesky Von Trapp children). Her tiny figure and opulent gowns quickly attracted the attention of Rhett Butler, AKA The Dream Man.  Unfortunately, her personality was not nearly as flattering as her clothes.  If I were Rhett, I would have left her for the confederate army too.

Several years ago, I was lucky enough to catch a screening of this film at the historic Fox Theater in Atlanta. Although the film originally premiered at the Loews Theater, the cast stayed across the street from the Fox, at The Georgian Terrace Hotel. I have very fond memories of sipping the most southern of beverages on the veranda of this hotel (though it probably would have tasted better with Clark Gable in proximity).  While watching Gone with the Wind, I recommend drinking a Mint Julep.

Sprig of Mint for garnish

Muddle mint, powdered sugar, and water together at the bottom of a glass. Fill with cracked ice, then top with bourbon. Gently stir ingredients together, and garnish with a sprig of mint. 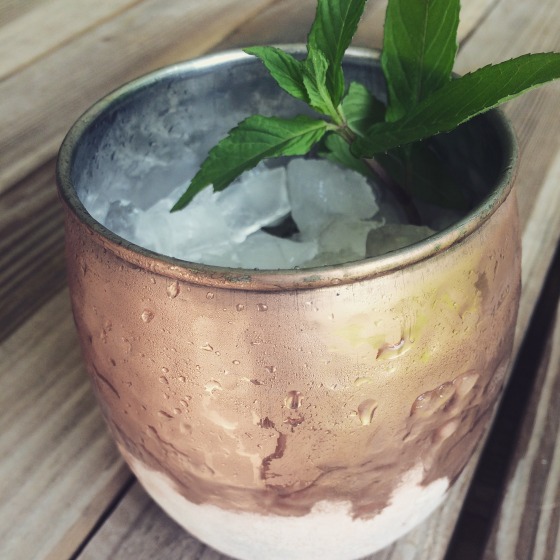 One of my favorite stories surrounding GWTW comes from my late grandmother, who used to tell us about how she skipped school with her girlfriends to go see it in 1939. To think of her swooning over Rhett Butler and being scandalized (in a good way) by Scarlett still makes me smile, as if a movie can be a sort of time machine that bridges the gap between generations. If you’ve never taken the time to watch Gone with the Wind and soak in the historical and cultural significance, I have only this to say: Frankly, my dear, you should give a damn. Cheers!

*For more great Gone With the Wind information and behind-the-scenes photos, be sure to check out this amazing book from the University of Texas Press. This is a difficult film for many, with very controversial themes. But by understanding the context in which it was made, I believe it can serve as an important record of our past.