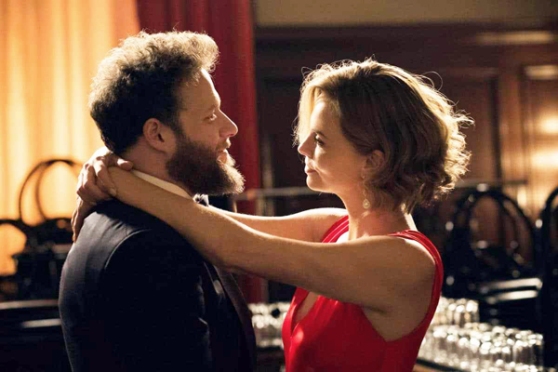 I’ll take any excuse to watch Long Shot again, and this week my justification happens to be Valentine’s Day. Gone from theaters before anyone knew it had arrived, Long Shot (Disc/Download) was the 2019 gift to rom-com obsessives like myself (and to jaded people like my husband who just didn’t know what they were missing). I’ve made it my personal goal to get the word out about this whip smart, endearing ode to unexpected romance and Boyz II Men, and if Motown Philly doesn’t entice you, maybe a cocktail will.

When one hears the name Charlize Theron, the phrase “Seth Rogen movie” probably doesn’t come to mind. This is the tough-as-nails actress who takes on Immortan Joe and misogynist pigs. The woman who sashays across our television screens in Dior, looking like a glamorous gazelle. This woman does not belong in a comedy with a teddy bear-shaped funnyman and weed jokes, right? WRONG. Long Shot proves definitively that Charlize can do it all. As the U.S. Secretary of State vying for the job of President, she’s calm and collected. But underneath the polished facade, she’s a sleep-deprived woman who stopped noticing how lonely her life has become. That is, until speechwriter Fred Flarsky  comes along to remind her that politics isn’t everything; love is. Sure, the script has some of that infantile bro humor typically found in a Rogen movie, but I beg you to look past that. Focus on sweet moments like when they’re dancing in an empty kitchen to the Pretty Woman soundtrack, or Seth’s face when he realizes this beautiful, impressive woman actually wants him. The guy with the goofy jacket and big heart, who everyone makes fun of; he’s the one who finally gets the girl of his dreams. Not since Lloyd Dobbler called up Diane Court have I felt so hopeful about life.

As Secretary of State, Charlotte Field spends a lot of time traveling the world. Thus, the official cocktail of the DC Beltway (the Gin Rickey) needs to be tweaked just a bit for her. With the addition of lychee syrup, you’ll feel like you’re right there in that Manila hotel room, watching two people fall in love over their laptops. When viewing Long Shot, I recommend drinking this Traveling Rickey.

Combine gin, key lime juice, and lychee syrup over ice in a Collins glass. Stir well to combine. Top with club soda, and garnish with a lime slice. 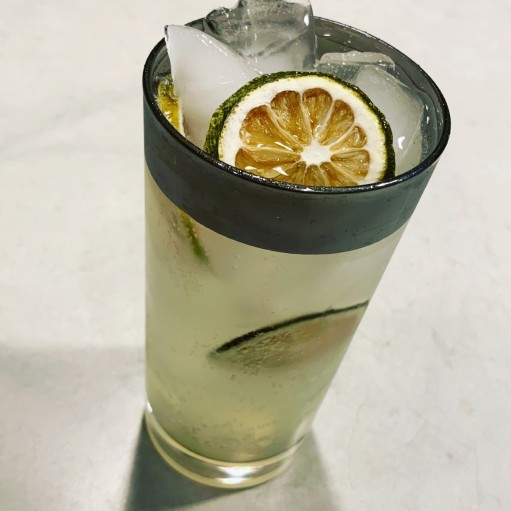 While the film is obviously meant to be a parody of our current political dumpster fire, at the center of it all is a love story that gives me so much joy. To see the chemistry of this unlikely pair is to witness pure cinema magic. Charlize, I beg you to run for president in 2020- but only if you bring your First Mister with you. Cheers!