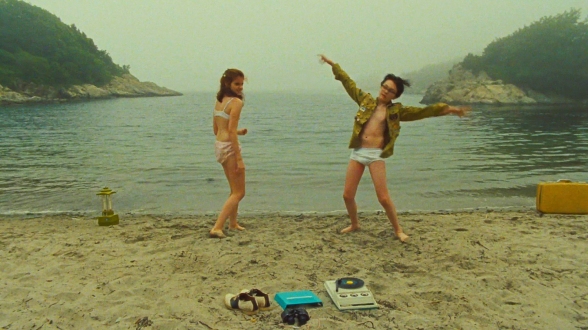 There’s nothing like young lovers and a vintage New England setting to get me excited for summer. Of course my all-time favorite example of this is A Summer Place, but with his 2012 film Moonrise Kingdom (DVD/Download), Wes Anderson created a modern summertime masterpiece. It may not have Troy Donahue in short-shorts, but Bill Murray does sport some nifty madras pants.

Set in the fictional town of New Penzance, Moonrise Kingdom features wainscotted homes full of sturdy antiques, a picturesque lighthouse, rocky beach coves, and pine forests. I can almost smell the salt air, and the vintage postcard-style cinematography is truly transporting. Like any Anderson film this one is full of bizarrely perfect casting, like Bruce Willis as a lovelorn sheriff, Edward Norton as an Eagle Scout troop leader, and Tilda Swinton as a comically severe social worker. The pre-teen lovers are both disaffected to the outside world yet earnest with one another, and as they dance in their underwear to the music coming from a portable record player, I find myself longing to be even half as cool.

There’s nothing like a freshly pressed scout uniform to make you think of summertime cookouts, the open air, and wilderness lodges. This film deserves a drink that’s crisp, refreshing, and easy to make indoors as well as out. While watching Moonrise Kingdom, I recommend drinking a Khaki Scout Cooler.

Muddle mint leaves and cucumber with the maraschino liqueur at the bottom of a Collins glass. Add gin, bitters, and ice. Top with Topo Chico (or sparkling water) and squeeze the lime wedge, dropping into the glass. 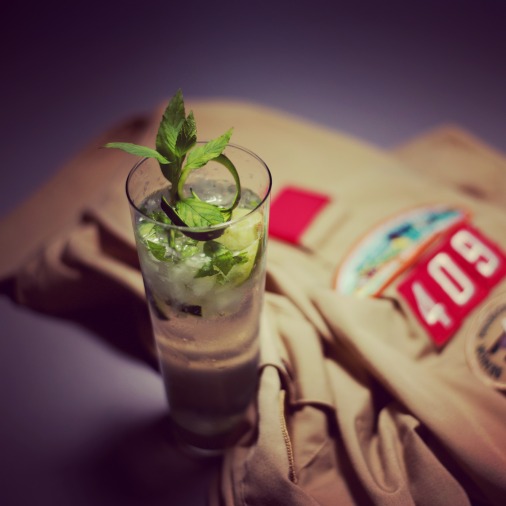 I may be stuck in the fiery pit of hell that is Texas in the summer, but this movie just begs to be watched outdoors. Luckily I’ve got a refreshing cocktail on tap, a pair of madras shorts, and a portable fan. Record player optional. Cheers!